What would you do if you were not afraid?

HBase stores each cell individually, with its key and value. When a row has many cells, much space would be consumed by writing the same key many times, possibly. Therefore, encoding can save much space which has great positive impact on large rows. There are 4 available encoders in hbase. This article focus on PrefixKeyDeltaEncoder, DiffKeyDeltaEncoder and FastDiffDeltaEncoder. I will try to explain in illustration which may be more clear and understandable.

PrefixKeyDeltaEncoder tries to find the common prefix of key, excluding timestamp and type. It is the simplest one. 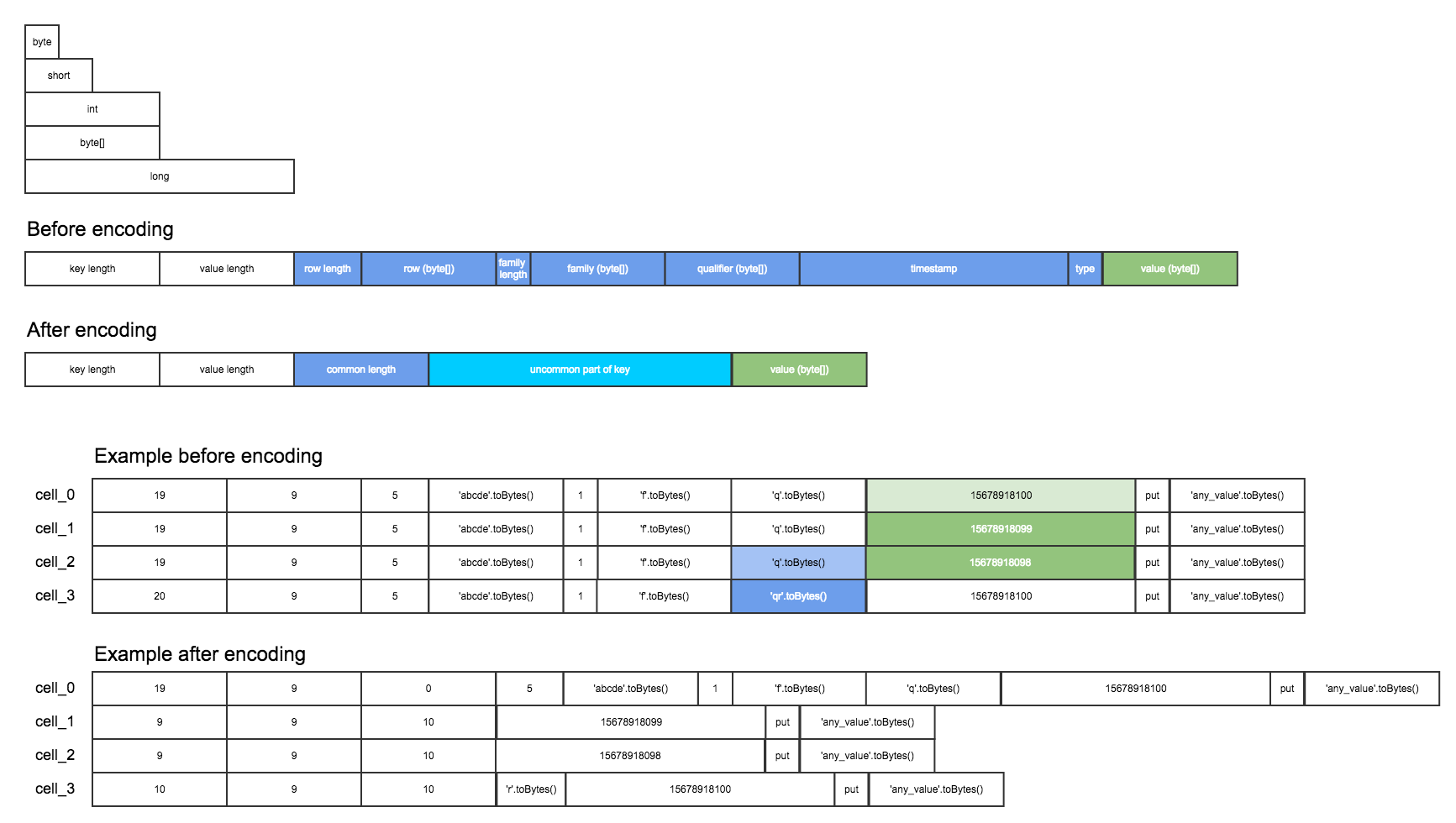 DiffKeyDeltaEncoder introduces a byte of flags to indicate some information, like two cells has same key/value length. In addition, it only write family once at the first cell, and ignore the rest, since hbase always deals with cells under the same column family. 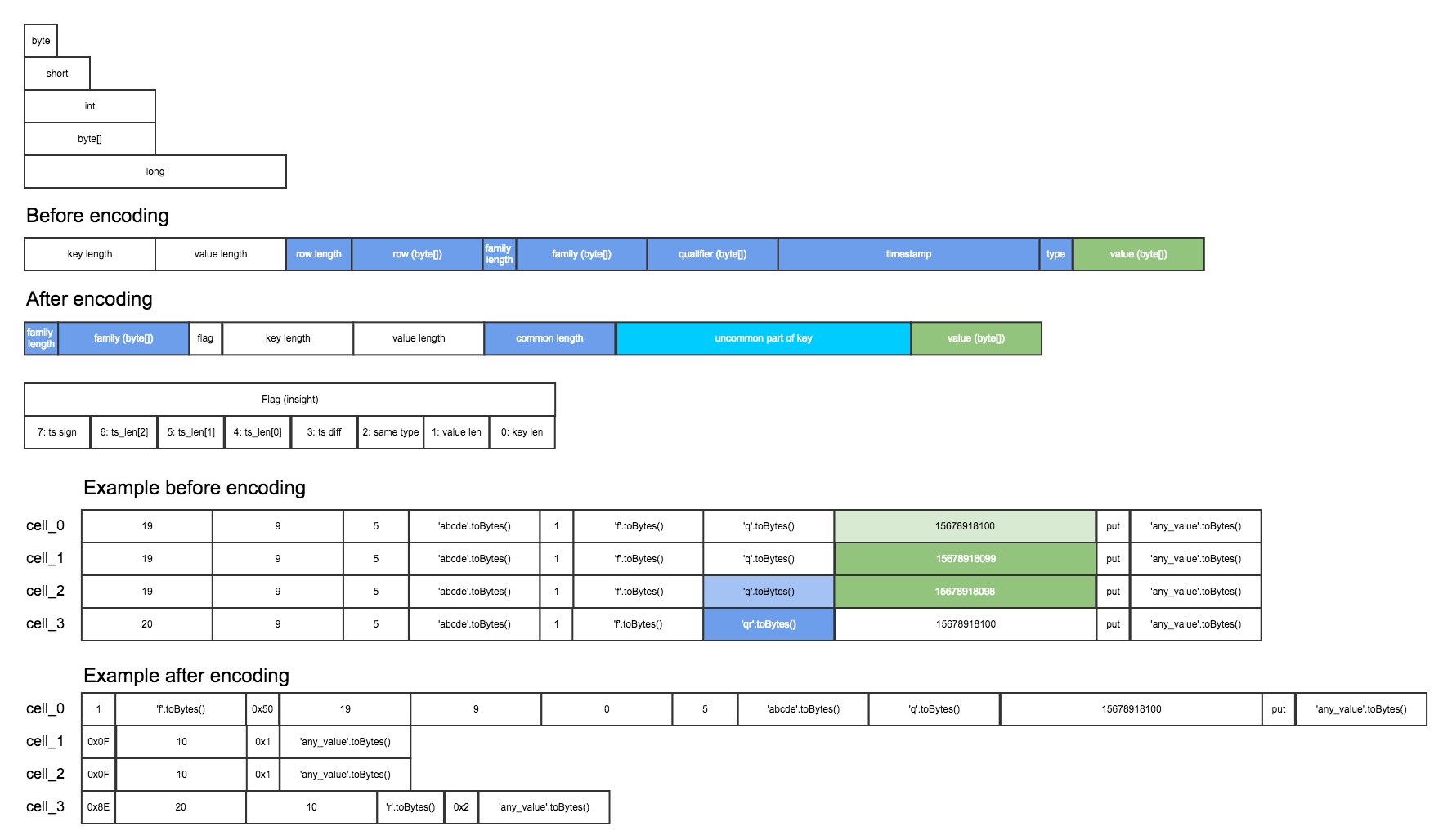 FastDiffDeltaEncoder is nearly the same as DiffKeyDeltaEncoder, except for the flag and the way to encode timestamp and family. 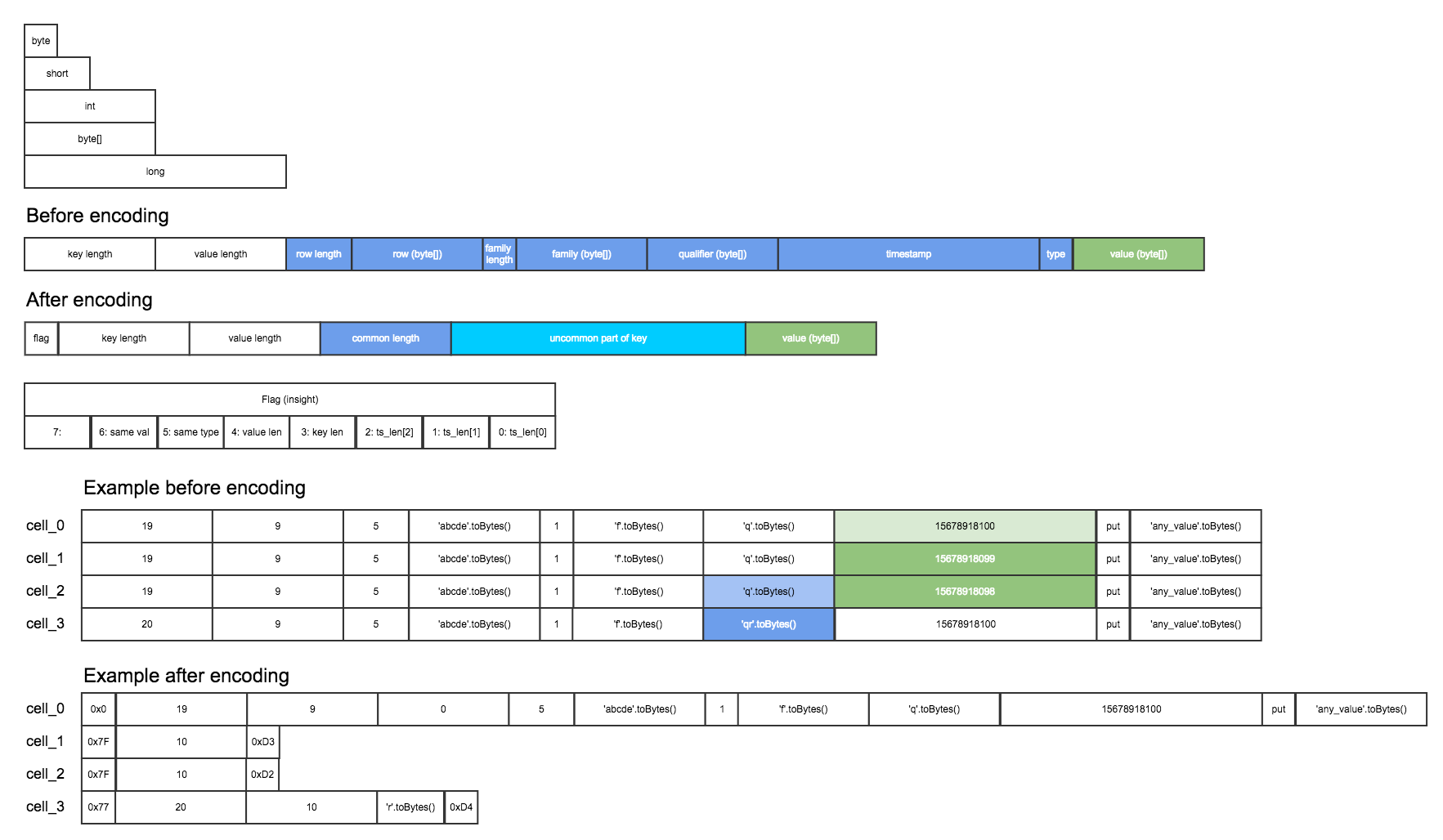 Welcome to the lake